One would imagine that federally funded nonprofit organizations are held to high standards of compliance with the law, but Planned Parenthood is proof that that’s not necessarily the case.  As a newly released 30-month investigation has proven, Planned Parenthood not only breaks the law regularly, they also take things a step further and break the law in order to break the law.  And, yes: This is the organization that annually receives more than $540M of your tax dollars from the federal government.

The investigation – shocking to anyone who is unfamiliar with Planned Parenthood’s day-to-day operations– revealed that for-profit tissue harvesting from the preborn children murdered at Planned Parenthood abortion mills is common practice across the country.  For “$30 to $100 per specimen,” Planned Parenthood will go to any lengths to illegally procure the intact organs of their abortion victims.  That includes committing the Partial-Birth Abortion procedure which was federally banned during the Bush Administration, and is punishable by a fine of up to $250,000 and up to 2 years in prison.  Their justification for this blatant disregard for the law?  “…laws are up to interpretation… what ultimately happens doesn’t matter.”

Indeed, the only thing that ultimately does matter to Planned Parenthood is profit.  They demonstrate blatant disregard for the law virtually every time they think they’re speaking off the record.  And incredibly, every time they are caught in a horrific act of injustice, Planned Parenthood manages to deflect evidence of wrongdoing with a few keystrokes, ensuring the continued influx of moneys from taxpayers and charitable funds all over the country.  The abortion behemoth will likely release a statement in a matter of hours or days that says the undercover videos proving their involvement in fetal tissue harvesting were manipulatively edited or that the incident was a onetime misunderstanding, promising to correct or terminate the figurehead at the helm of the wrongdoing (even laughably referring to illegal behavior by PP employees as “inexplicable”).

Except, in this case, the latter will be nearly impossible since the investigation caught both Planned Parenthood’s Senior Director of Medical Services, abortionist Deborah Nucatola, and Planned Parenthood’s president, Cecile Richards, on-camera acknowledging their involvement in the act.  And Nucatola openly blathered about how she works with other PP abortionists and legal counsel to spread PP’s fetal harvesting net as wide as possible:  “If you maintain enough of a dialogue with the person who’s actually doing the procedure,” said Nucatola, “so they understand what the end-game is, there are little things, changes they can make in their technique to increase your success.”  So, there will be no way for PP to argue that Nucatola was one misguided abortionist who didn’t understand the law. 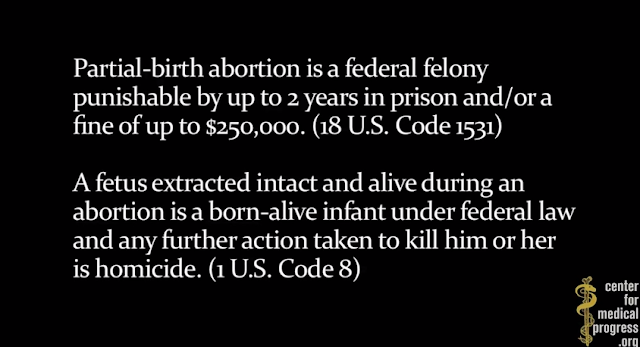 Further complicating matters for PP will be their excessive fawning over Nucatola on social media.

In a likely attempt at preemptive damage control, Nucatola deleted her Twitter account this morning, just one and a half hours after the investigation went live.  In light of extensive video footage, however, this act is unlikely to help Nucatola if she faces legal repercussions for her involvement in committing and encouraging the federal felony of buying and selling human body parts (42 US Code 274e) – not to mention her stated involvement in getting other PP abortionists onboard, AND her admission that she commits and encourages others to commit illegal Partial-Birth Abortions. 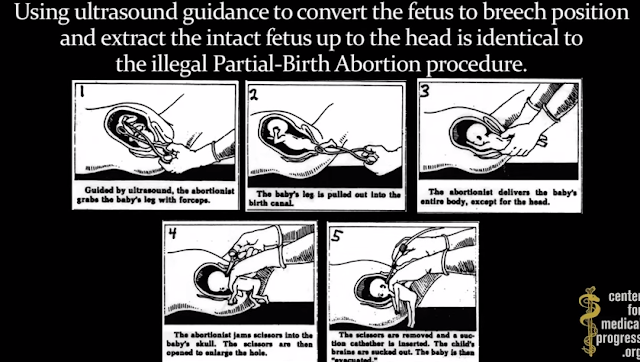 Will the abortion lobby have the intellectual honesty to unite against Planned Parenthood’s illegal actions, as they justify the murder of preborn children on the grounds that such acts are legal?  Will the illegality of human body part harvesting elicit proportional condemnation?  Unlikely.  Follow Texas Right to Life for updates and insights as this story unfolds.