Trending
You are at:Home»News»NEWS ALERT: TODAY Fifth Circuit will hear arguments on key provisions of Texas Pro-Life law, HB 2
Two crucial provisions of Texas' strongest Pro-Life law will be considered today by a three-judge panel of the Fifth Circuit Court of Appeals in New Orleans. While many of HB2's provisions are currently in effect, the law's requirements that abortionists possess hospital admitting privileges and that abortion mills meet the same standards as other surgical centers have been incessantly attacked by the abortion industry. These provisions will be considered by the judges today.
In October, the Fifth Circuit sought to enforce these women's health standards by siding with the State of Texas, agreeing that the requirements were reasonable and did not create an undue burden. However, shortly after the Fifth Circuit ruling, the Supreme Court of the United States intervened at the behest of the abortion industry, issuing a temporary block on the provision requiring that abortion mills meet ambulatory surgical center standards. The order came by a vote of 6-3, but was unsigned and unexplained by the Supreme Court.
The SCOTUS decision also exempted two abortionists in the Rio Grande Valley from possessing the admitting privileges that all other practicing abortionists currently maintain. That blockage remained in effect from early October until today, pending the panel's decision. 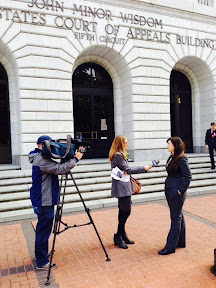 Two judges on the panel, Judge Jennifer Walker Elrod and Judge Catharina Haynes have upheld the Pro-Life law in earlier decisions. The outcome of the provisions determined by the forthcoming Fifth Circuit decision will remain in place unless or until the decision is raised to the Supreme Court of the United States. At that point, Texas faces the potential of playing a key role in ground-breaking legislation that will impact the entire nation by identifying the qualifiers necessary to constitute an “undue burden” on the abortion industry.
Opponents of the law have argued that HB2 provisions pose an “undue burden” on abortionists by forcing abortion mills that have failed to meet safety standards of their own volition to spend large amounts of money on facility upgrades. These upgrades will ensure that, for example, emergency personnel can navigate the hallways with a stretcher in case of emergency.
This excuse, however, did not resonate with Judge Elrod last year. In hearings, she queried the abortion industry seeking evidence supporting the claim that they faced undue financial burden– her questions, unsurprisingly, did not receive satisfactory responses.
In October, the Fifth Circuit cited an older case in which Texas had already established that financial burdens on abortionists do not constitute undue burden: “[T]he fact that a law which serves a valid purpose, one not designed to strike at the right itself, has the incidental effect of making it more difficult or more expensive to procure an abortion cannot be enough to invalidate it.”
We agree with the Fifth Circuit's previous finding: HB2 is valid; in short, this law is key in protecting women's health in Texas.
Share. Twitter Facebook Google+ Pinterest LinkedIn Tumblr Email