Frasier star Kelsey Grammer is an outspoken Pro-Life advocate, and he’s shown renewed commitment to the cause with a surprise appearance at the National Right to Life Convention in New Orleans earlier this year, and now, a social media picture gone viral.  The picture, posted by his wife on the couple’s shared Instagram account (@Kayte_Kelsey), features Kelsey wearing a tee shirt from the Pro-Life organization, Abort73.  The shirt says, “Would it bother you more if they used guns?”

The message underscores the pervasive American political outrage toward gun violence which rarely gives a second thought to the thousands of preborn children who die every day of vacuum aspiration, dismemberment, or drug-induced expulsion from the mother’s womb – and all protected by law.

The picture generated hundreds of comments – most of them in support of Grammer’s outspoken Pro-Life views.  Kelsey’s wife, Kayte, also posed for a photo op in her yellow rendition of the Abort73 shirt, with the caption “#standwithbabies”: 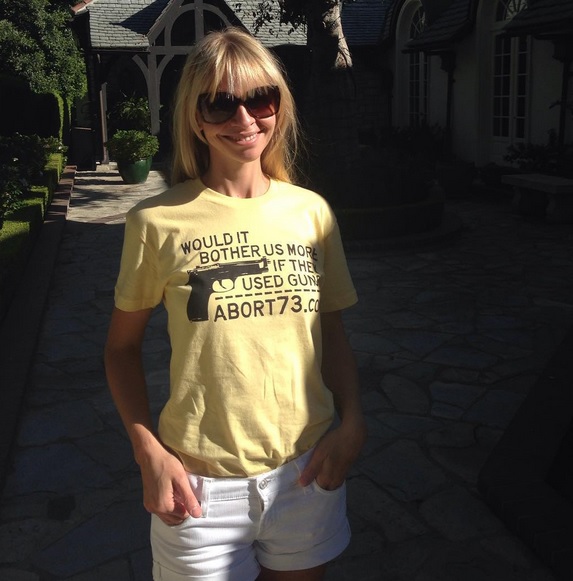 We love to see celebrity couples using their fame to #Stand4Life!