Trending
You are at:Home»News»Issues»Abortion»Abortions in Texas

Each year, the Vital Statistics Unit and the Center for Health Statistics coordinate their efforts to collect, enter, and edit vital statistics data for Texas . After the data is edited, staff members perform analyses and create tables on various topics to produce the Texas Vital Statistics Annual Report.

According to the most recent Texas Vital Statistics Report, the total number of reported abortions for Texas in 2003 was 79,166. Of those, at least 8,941 were performed in the 4th through the 9th months of pregnancy.

Black women obtained 21% of abortions performed on Texas residents in 2003 even though Black women represent only 13% of Texas 's female population aged 15-44. 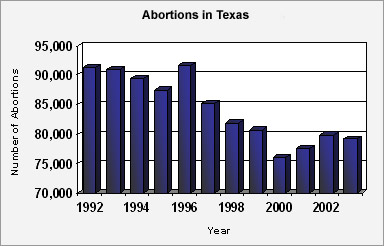 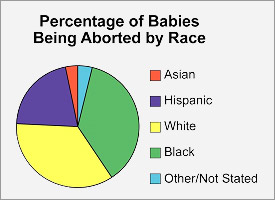 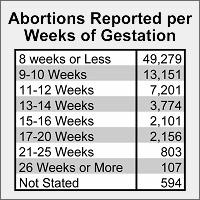 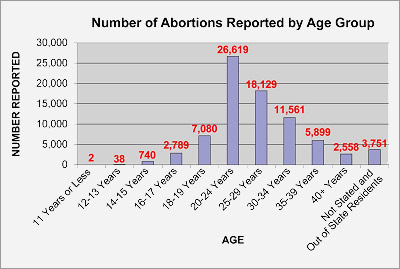 * Figures based upon the Texas Department of State Health Services and Vital Statistics 2003 Annual Report.